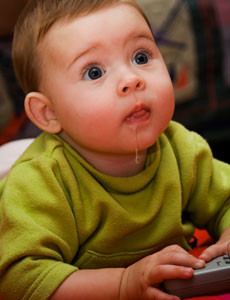 As if links to Parkinson’s disease, diabetes and obesity, cancer, low sperm counts and other reproductive health problems, and childhood developmental problems and diseases were not enough … or that pesticide residue is common on foods, or that that children are even more susceptible than previously thought, or that pesticides stick around in the home for decades after being used, or that the EPA is slow to remove known toxic pesticides from the market, and doesn’t require chemical makers to even list toxic “inert” ingredients … now there’s another reason to avoid using pesticides around the home.

A new study of children in the Washington, D.C., area and published in the journal Therapeutic Drug Monitoring links one form of childhood cancer to exposure to common organophosphate pesticides used around the home to kill bugs. Children with lymphoblastic leukemia (ALL) and their mothers were more likely to have higher levels of organophosphates and their metabolites in their urine than healthy pairs, and mothers who reported household use of chemicals were more likely to have children with ALL. There is no evidence that the cancer is caused directly by pesticide exposure — but it does present the first evidence of a linkage in a non-agricultural setting, according to the study’s authors, researchers from the Lombardi Comprehensive Cancer Center at Georgetown University.

“In our study, we compared urine samples from children with ALL and their mothers with healthy children and their moms. We found elevated levels of common household pesticides more often in the mother-child pairs affected by cancer,” said Offie Soldin, an epidemiologist and the study’s lead investigator. “We shouldn’t assume that pesticides caused these cancers, but our findings certainly support the need for more robust research in this area.”

She added: “We know pesticides – sprays, strips, or ‘bombs,’ are found in at least 85 percent of households, but obviously not all the children in these homes develop cancer. What this study suggests is an association between pesticide exposure and the development of childhood ALL, but this isn’t a cause-and-effect finding. Future research would help us understand the exact role of pesticides in the development of cancer. We hypothesize that pre-natal exposure coupled with genetic susceptibility or an additional environmental insult after birth could be to blame.”

It’s well known that children are more susceptible to the harmful effects of chemical exposure than adults. For one, their bodies are still developing rapidly, so chemicals can interfere with the normal growth of their brains and other organs, or disrupt their hormones at key developmental periods. For another, doses are likely to be disproportionately large, because their bodies are so much smaller than adults’ and because their breathing rates are so much more rapid. Finally, their habits — crawling on the floor, testing the world with their mouths and frequently putting their hands into their mouths dirty — mean they are exposed to more toxic chemicals on the ground.

Another recent study found that children are more susceptible to exposure to organophosphates because they lack an enzyme that helps adults break down the chemical.

Organophosphate pesticides are insecticides that attack bugs’ nervous systems. They are used on farms, and some are labeled for home use to kill or repel mosquitoes, ants, cockroaches and other household and garden pests. Dozens of brands (pdf) use organophosphates in insecticides, according to the National Pesticide Information Center.

Like many harsh chemicals, they may cause serious health problems with humans, as well. Related chemicals were originally developed as nerve gases during World War I, and may affect normal brain, reproductive and other body development (some chemicals may even make you fat). Further, the EPA can often be slow to remove profitable pesticides from the market.

4 Ways to Protect Your Child from Pesticide Exposure