Insecticides Could be to Blame for Behavioral Problems in Children 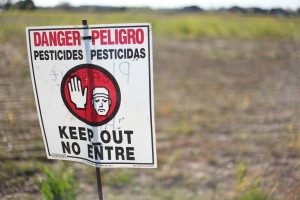 Millions of children in the U.S. are being exposed to insecticides that are currently used daily in homes around the country. According to a recent study published by Canadian researchers, the exposure to pyrethoid pesticides found in thousands of home products, including cockroach sprays and flea controls, was found to be associated with neurobehavioral deficits in children.

In the most recent study, constructing data from children ages six to 11, the Canadian Health Measures Survey researchers analyzed the organophosphate and pyrethoid metabolites in their urine. The researchers used logistic regressions to estimate odd ratios for high scores on the Strengths and Difficulties Questionnaire, which may indicate the presence of certain behavioral problems. During the study, each parent was asked a series of three questions regarding their use of indoor pesticides, pyrethoid pesticides and outdoor pesticides during that month. The results of the study showed a strong correlation between the use of pesticides and high scores on the questionnaire.

The researchers from the University of Montreal found that “97 percent of children had traces of the pyrethoid metabolite cis-DCCA in their urine, and about 91 percent of them had traces of at least one organophosphate metabolite.” These results signify that exposure to pesticides is very common among children and that pesticide residues may linger for long periods of time, accumulating in the body.

Pesticide products containing high levels of synthetic pyrethoid are issued as being safe by community mosquito management bureaus and pest control operators, but these products are chemically engineered to be very toxic, which make them harder to break down and compromise the body’s ability to detoxify these pesticides. Pyrethoids are well-known irritants and have been related to a variety of symptoms including asthma, tremor and convulsions.

There are multiple ways that people can limit and lower their exposure to pesticides in their homes. The most obvious way is to abstain from buying these toxic, synthetic products. Another good way to lower your pesticide exposure is to use nontoxic methods to control pests. To find nontoxic ways to control pests, please visit this website. Home remedy techniques that include good sanitary practices, exclusion and well thought out maintenance programs can all limit your exposure to pesticides found in these products.