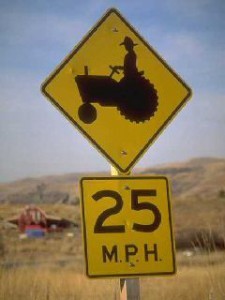 A study from the University of Granada in Spain that analyzed the presence of organochlorine pesticides in pregnant women found that all the participants showed placental traces of at least one pesticide. More alarmingly, on average, the women were contaminated with eight different pesticides.

Organochlorine pesticides fall into a group of chemical compounds known as persistent organic pollutants. They are present in the environment in food, biomass, soil and water. They cannot be assimilated and tend accumulate in the fatty parts of the body.

Exposure to organochlorine pesticides has been linked to various malformations in the genitals and urinary systems of offspring. The most common effects of exposure in the womb are cryptorchidism (undescended testicles) and hypospadias (a total fusion of the urethral folds) in male infants.

The study – in which 300 women participated – involved sampling the blood, umbilical cord and the placenta at birth. Other general data on the parents, their places of residence, profession, medical history, age, tobacco habits, lifestyle and diet were also considered.

The analysis of the placental tissues revealed the presence of multiple endocrine disruptive (interfering with the hormonal system) organochlorine pesticides. The most common were DDE (found in 93 percent of the women), lindane (75 percent), endosulfan diol (62 percent) and y endosulfan-I (54 percent). Endosulfan-diol recorded the highest concentration at 4.15 nanograms per gram of placenta. Incredibly, some of the subjects’ placentas contained 15 of the 17 pesticides analyzed.

For pregnant women, the researchers suggest that organic foodstuffs, daily exercise and the avoidance of tobacco are important in minimizing the risk of male reproductive health disorders in offspring.